This newborn stage with N has been a lot different than it was with J.  When J was a little baby, we hardly left the house and if we did it evolved around J’s eating schedule.  I think, in over 15 months of breastfeeding J, I only feed him out in public less than 5 times.  And in N’s short life I have already done that amount if not more.  With J’s school, Wes’ job and since the morning is the only time we can really get out.  I don’t dare mess with J’s nap schedule.  Yes, I would rather nurse in public than deal with an angry toddler who didn’t get a good nap.  I have done a lot of nursing in public.  Nothing gets your oil changed faster than nursing in the Car-X lobby.

Even though I don’t see anything wrong with it, I’m not a ‘let it all hang out’ public nurser.  I do use a cover or a blanket but even with those I feel a little exposed, especially with my back and stomach.  So I wanted to get something that would provide me a little more coverage.

I had my first MOPS meeting of the year and I knew I was going to have to nurse N during this time (the meeting is about 3 hours) so I wanted to get something before then. I knew what I was looking for because I had looked into it when J was little but I didn’t really use them because I never nursed in public.   Instead of DIYing it, I looked at target and old navy.  The one at Target was too expensive and they didn’t have my size and the one from old navy I could only get online and while it was on sale, was just as much to ship it to me as it cost to buy it.  I also found some on Amazon but they were pretty pricey, so I thought I would DIY it.  So while I was at old navy, I grabbed a tank top with thin straps, cut them off, sewed them into a loop and attached it to my bra.  Don’t worry I have pictures and more details.

Here is a picture of the tank top that I bought.  I didn’t think to blog/ take pictures of this until I had already done one side.  When looking for a tank top to use for this make sure it fits well, not baggy, and that has thin straps.

Cut the strap that connects to the back of the tank top.  You won’t have straps that go over your shoulders so that’s why you want to make sure that it’s tight so it won’t fall down too much. 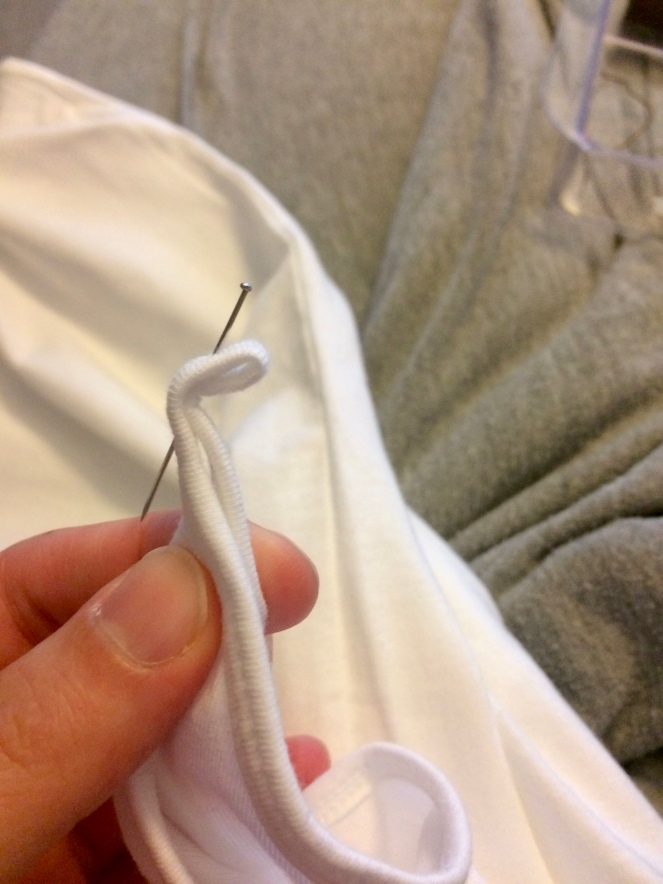 Make a loop with the strap, you want something not too large or not too small just big enough to fit over the hook on your bra. I pinned it so it wouldn’t move when I sew it.

You don’t have to do any fancy stitch just something that will hold. 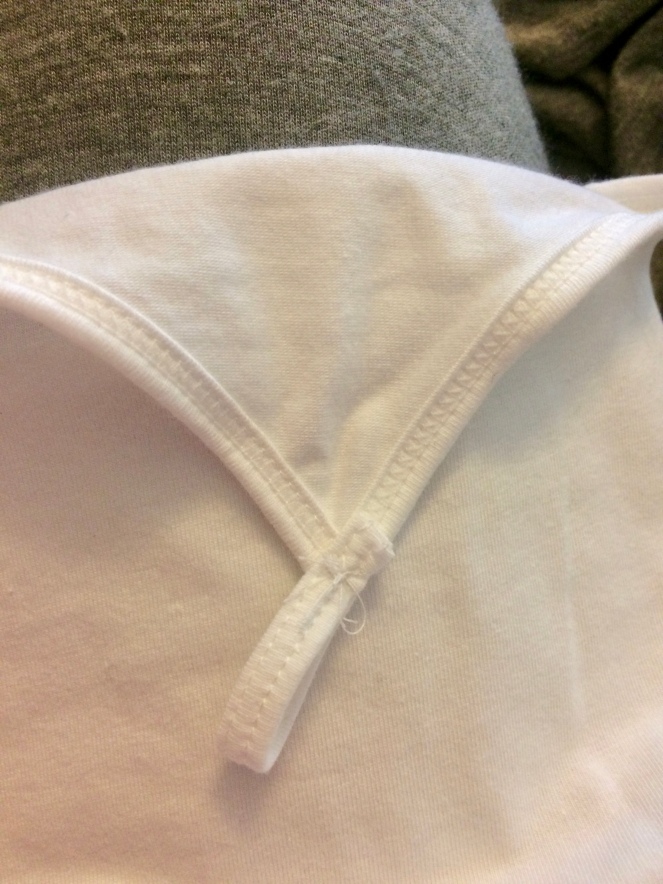 After the loop is secured, cut the remaining strap. 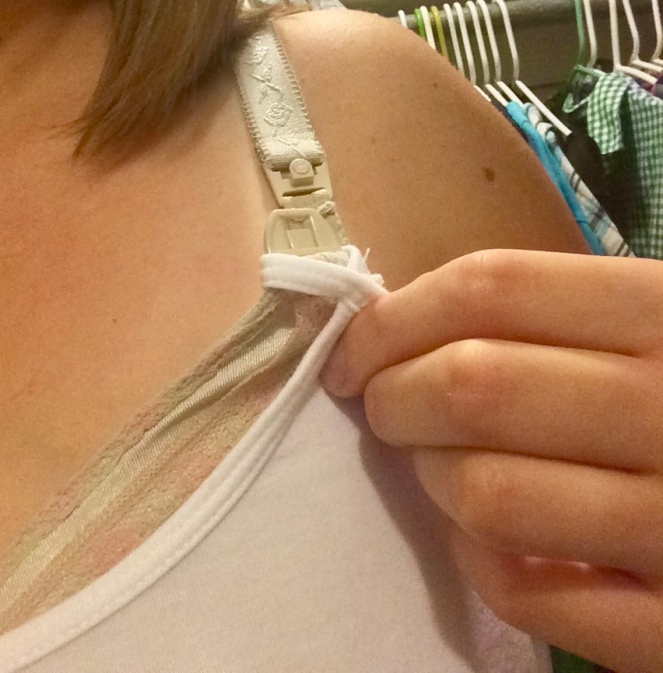 When you put it on, just put the hooks of your nursing bra through the loops and attach to your bra.  This isn’t a tank top that will help with your modesty towards the top because it hangs a little low but it will help cover your tummy and back.

And that’s it.  It’s pretty simple, took like than 10 minutes and you don’t need amazing sewing skills to do.

Do you ever DYI your clothes?

What do you do when you are looking for something but can’t find it or it’s too expensive?

Thanks for stopping by,