With N about to turn 2 months old, we are exiting the newborn stage (and size 3 months clothes, I grow them big) and entering the infant stage there have been a few items that I have leaned on a lot in the last two months, my favorite newborn items.

1.  A rocking bassinet –  My sister let me borrow hers and it has been a lifesaver.  It is where N naps most of the time during the day and even a couple of nights when her room was occupied (it’s half nursery, half guest room).  It also has been a huge help on those nights where N couldn’t decide how she wanted to go to sleep, a couple rocks in this baby and she was out.  It’s been a lifesaver and it was free or borrowed.

2. Sleepsacks/ Sleep bags/ Swaddles –  With J, he slept in a swaddle for the whole first 4 months and it worked wonders for him.  N likes to have her arms out, it took it only a couple of not so great nights for us to realize, she likes to free.  So we used the old swaddles for a while until she out grew them then we started using sleep sacks or sleep bags and they are great.   They keep her warm doing the night and gives her the freedom she apparently needs.

3. Side-snap half shirt –  In line with sleeping, another thing we feel in love with when J was a baby and again with N is the half shirt.  I dress in N a half shirt, either short or long sleeve,  and her sleep sack.  I found the half shirt to be so much easier to deal with at night when changing the mid-night diapers because the last thing you want to do is tassel the baby a lot and really wake them up.

4.  My Brest Friend Nursing Pillow –  I know the boppy pillow is popular and has a sticker on it that says it’s the #1 shower gift but honestly, in my opinion, it’s overrated.  Yes it’s nice that you can use it for more than just breastfeeding but the Brest friend nursing pillow is so much better.  1 – it wraps and buckles around you so it can move away from you while you are nursing.  2 – it has a little pocket in front for all the little things you might need while nursing such as nail clippers, chapstick, hair ties or even a snack.  3 – the part of the pillow that rests against you is flat, doesn’t curve like the boppy so the baby doesn’t slip down and get out of position while you are nursing.

5.  The Baby Whisper Book –  Okay, this one isn’t exactly for the baby and it’s more for the mom but it does help a whole lot in the front few months.  I actually just referred back to it today because I’m trying to figure out how to help N nap better in her crib.  It gives a ton of advice and insights into the baby world. 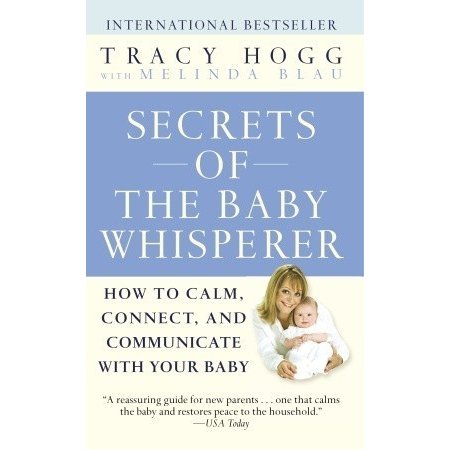 Minus the rocker/ rock-n-play, budget allowing, I will probably get all these items for the mom at the next baby shower I attend.   I know there is always that discussion, do you follow the registry or not but sometimes as a new mom, you really don’t know what you will need or what works best.  And there is always receipts and returns.

What are some of your favorite newborn/ baby items?

Is there anything that you received as a gift that you never would have bought on your own but ended up being a lifesaver in the end?

Thanks for stopping by